MNT Research has gone to Crowd Supply to launch a $999, open source hardware “MNT Reform” laptop that runs Linux on an i.MX8M based Boundary Devices Nitrogen8M SOM and offers a 12.5-inch HD screen and an NVMe SSD.

We first reported on the MNT Reform laptop back in 2017 when the prototype was equipped with a 10-inch screen and an i.MX6 SoC via Fedeval’s TinyRex Ultra module. Now MNT Research has revised the design with an i.MX8M Quad, a 12.5-inch HD display, and NVMe support and has launched it on Crowd Supply. 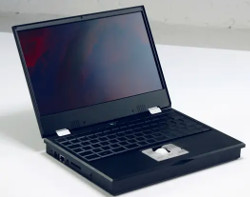 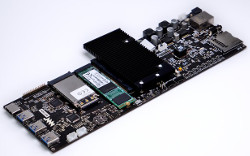 The MNT Reform pushes the open hardware concept farther than any laptop we have seen to date. That even includes Pine64’s mostly open source, $199 and up, 14-inch Pinebook Pro, which is based on a Rockchip RK3399. Hop over to these guys Linux Server Support.

The laptop is certified by OSHWA (Open Source Hardware Association) and ships with
KiCAD files, schematics, and other open source files. MNT Research has added more open source components than most Linux laptops, and there is a focus on privacy protection and the ability for users to easily swap out components, such as the removable battery.

At publication time, the MNT Reform crowdfunding campaign had reached about $85K with a goal of $115K, with another 38 days to go. Packages start at $550 for the motherboard with 4GB LPDDR4 and an SD card preloaded with Debian 11, based on the Linux 5.x mainline kernel. You also get an international 110/230V power supply and a heatsink. 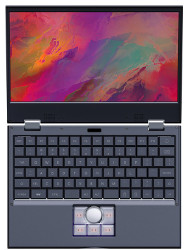 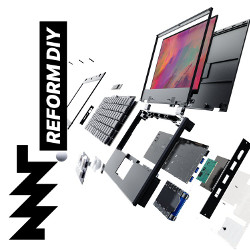 The $999 DIY kit version adds the keyboard and screen and does not require soldering. You will need to add $120 for the 256GB NVMe SSD and Atheros ath9k mini-PCIe 802.11n WiFi card. If you want the multitouch capacitive trackpad and 5-button optical trackball, you add another $50. The total package costs $1,169.

A $1,300 preassembled package adds a printed handbook and the 256GB NVMe SSD. The WiFi and trackpad/trackball packages cost $50 each, so the final price is $1,400.

A Max version for $1,500 gives you a 1TB NVMe SSD with WiFi and a Piñatex Leather Sleeve (vegan). When you add the trackpad/trackball, the price goes to $1,550. The Crowd Supply campaign, which we heard about on CNXSoft, plans to ship all packages on Dec. 9.

The MNT Reform is built around Boundary Devices’ Nitrogen8M SOM because “it is the only available module for which you can download the complete schematics and understand what every component does,” according to a MNT Research blog post from January. The 67.6 x 48.4mm module offers the same NXP i.MX8M Quad SoC with 4x 1.5GHz to 2.0GHz Cortex-A53 cores found on the similarly open source Nitrogen8M SBC. The i.MX8M SoC also has a Cortex-M4F core and Vivante GC7000Lite GPU with 4K, OpenGL 2.1, and OpenGL ES 2.0 support. 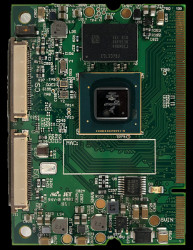 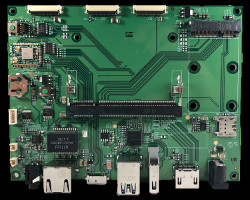 The MNT Reform uses the Nitrogen8M SOM’s maximum 4GB LPDDRR4 but appears to lack the 8GB to 128GB eMMC. The elongated motherboard (see image at top) is different than the standard Nitrogen8M SOM carrier board shown above.

For storage you get a full-size SD slot and the M.2 M-key socket for an NVMe SSD. A mini-PCIe slot supports the optional WiFi card.

The 290 x 205 x 40mm laptop weighs 1.9 kg and has a 12.5-inch, IPS screen. The 1920 x 1080 display is connected via an a MIPI-DSI to eDP converter. This approach was selected to keep the display functions “blob-free,” says MNT Research. The existing HDMI/DisplayPort block in i.MX8M “needs a chunk of firmware related to content protection.” Unfortunately, that also means the HDMI port is disabled unless you download an optional proprietary blob. The Vivante GPU supports OpenGL ES 2.0 via an open source etnaviv driver that is part of the Linux kernel.

The MNT Reform has an internal MIPI-CSI connector, although due to privacy concerns, there is no camera or mic. Audio features include a Wolfson WM8960 ADC/DAC, stereo speakers, and a headset/microphone jack. Other features include a GbE port, 3x USB 3.0 ports, and 2x internal USB 2.0 headers.

The keyboard uses Kailh Choc Brown switches with 3mm travel and 50 g operating force “with n-key rollover and fully customizable firmware,” says MNT Research. A 128 x 32-pixel OLED on top of the keyboard provides feedback from the system controller, which is based on an NXP LPC11U24 Cortex-M0 chip with open firmware and hackable expansion port. Open firmware is also available for the optical USB trackball and USB trackpad. 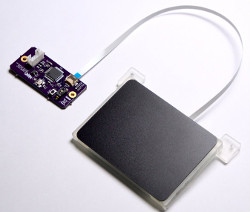 The owner-serviceable, 12 Ah/3.2V batteries offer 5-hours of life between charges. MNT Research selected LiFePO4 battery technology, which is touted for offering greater fire safety while offering more charge-cycles than LiPo batteries. The easy-to-open case is made of CNC-milled, bead-blasted, black-anodized 6061 aluminum, and there is a semi-transparent acrylic bottom cover. STEP/STL/FreeCAD files are available for case parts.

The MNT Reform is available on Crowd Supply starting at $550 for the motherboard and $999 for the full kit without options (see pricing above). Shipments are due Dec. 9. More information may be found on the MNT Reform Crowd Supply page and the MNT Research website.