Do you feel nostalgic? Want to run classic games like Duke Nukem on your modern computer? Unfortunately, that’s easier said than done. Here are some ways to get old games to work on Windows 10.

Why aren’t the old games running on Windows 10?

Operating systems change significantly over time. Depending on the fact that the old hardware and software needed to operate modern systems are no longer in use. Since hardware and software updates require more complex operating systems, old code bits that were no longer needed have been thrown away. For example, the 64-bit architecture of modern operating systems such as Windows 10 simply does not support the old 16-bit architecture of Windows 95/98. This means that you can’t run old games on Windows 10 like you do on Windows 95. However, there are a few tricks for making your games. 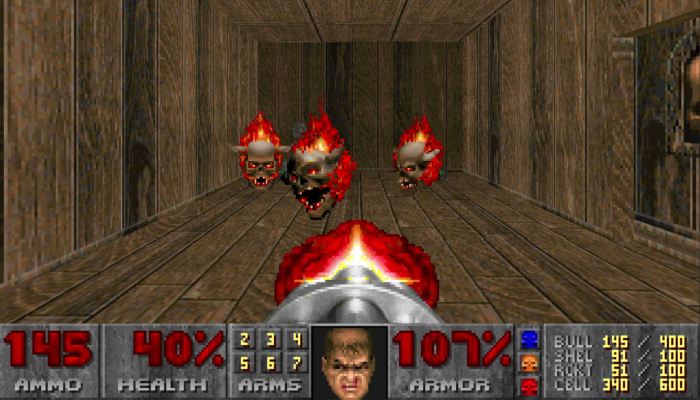 Hint: Each game will have its own requirements and dependencies. Therefore, it is possible that the items below may not work in all games.

Modern operating systems such as Windows 10 have other security features that were not present in older operating systems. An unintended side effect is that these safety features may prevent you from using your old games. In this way, UAC (User Account Control) helps prevent the spread of malware that destroys your system. This is done by preventing the automatic installation of files from unknown or untested sources. Unfortunately, this may prevent you from installing your retro games on a modern PC. This is due to the fact that the executable file (.EXE) that installs the files needed to start the game is blocked on your computer. 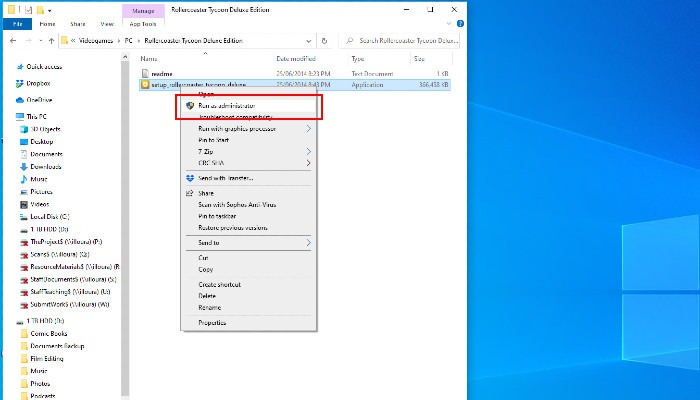 To get around this problem, you need to run an .exe file with administrator privileges. Right-click on the .exe file of the game and select Run as Administrator from the menu. If you’re lucky, your game begins. It’s a simple solution, but you’ll have to do it every time you want to play the game.

To start, look for the .EXE file of the game you want to run and right click on it. Click on the Properties button in the menu that appears and a new window will open. At the top of the new window you will find the Compatibility tab. 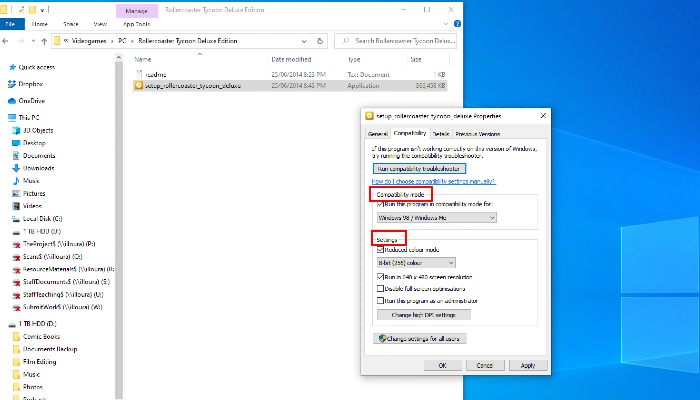 At this point, you have two options. If you select the Run compatibility issues option, Windows will ask you to automatically diagnose any issues that are preventing you from working with the game. Once you have let Windows do its work, you can start your game.

You can also choose a manual route. In compatibility mode you will see a drop-down window where you can select the version of Windows the game is designed for. Under Settings, you can even adjust the screen resolution and run Windows with a reduced color palette. If you enable these options, you can increase your chances of playing this old favorite.

-Use of the emulator

For Windows XP, the Microsoft Windows operating system was based on MS-DOS. As a result, many of the games released back then were written for DOS. Unfortunately, modern versions of Windows are no longer DOS dependent and do not support DOS. So, if the compatibility mode still does not allow your games to work, you can try to emulate DOS from your modern computer. 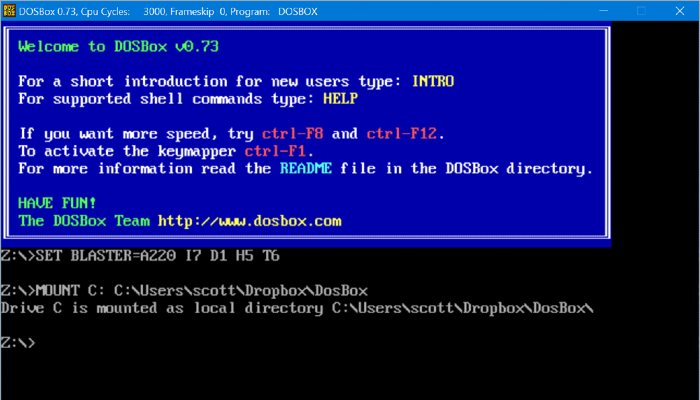 The most popular emulator that makes it possible to run games developed for DOS is DOSBox. Fortunately, there is detailed documentation on how to run DOSBox on your computer. In addition, the official DOSBox website contains a full list of all compatible games, so you can check if your collection works before continuing.

That’s what it looks like: How do you use vDOS to run old DOS programs on Windows 10?

Today’s GPUs support 3D acceleration of up to three : DirectX, OpenGL and Vulcan. If you try to run a game designed specifically for the old 3dfx API, Glide, it simply won’t work, for the simple reason that your modern GPU doesn’t support it.

To do this, you can use a sliding wrapper, software that acts as a translator for the game’s Glide API calls, and link these to the DirectX and OpenGL features your modern GPU understands. 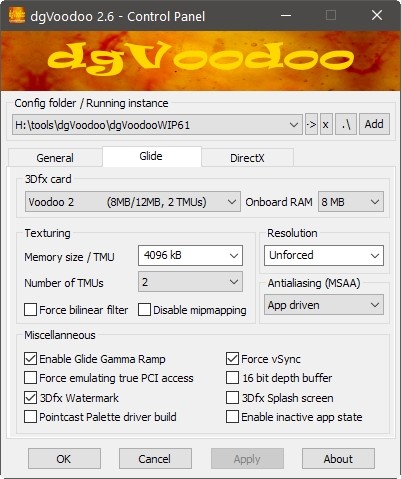 dgVoodoo and nGlide are the two most popular solutions for playing old Glide games on current versions of Windows. By simply installing it, you add a layer of slider compatibility to your version of Windows that allows you to play older games, such as the accelerated 3D version of Diablo II.

If you’re trying to play an old adventure game like Sierra or LucasGames, don’t fight the operating system or DosBox settings if there’s a better alternative: ScummVM. 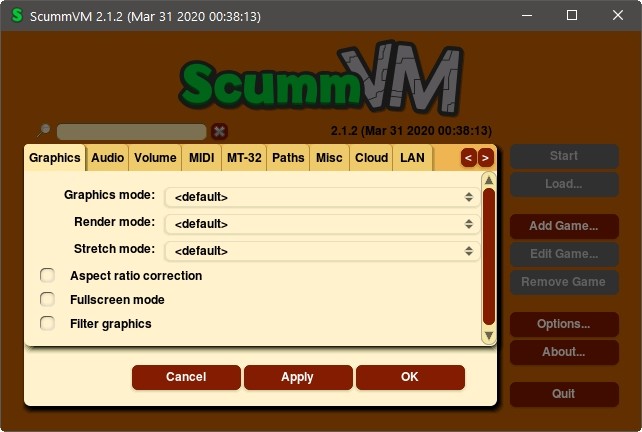 Originally designed as a modern implementation of SCUMM, LucasArts was used for most classic adventures such as Monkey Island’s Secret and Full Throttle, and was soon expanded to support Sierra’s classics and then some less popular names such as Under Steel Skies and the Gobliiiin series.

Today over 250 titles are supported, including Broken Sword, Mystery and even the very old Elvira series. To play it, start ScummVM and point to the configuration files of the supported game.

If none of the above options work, you will have serious compatibility issues. The best way to solve this problem is to cheat and make it look like the game is running on the operating system it is meant for. You can do this by running a virtual machine on your current hardware. VirtualBox is a popular virtual machine for Windows that is 100% free. 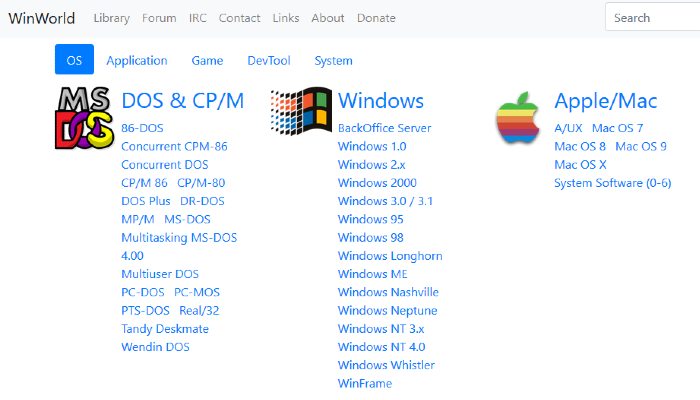 Pay attention: Microsoft is aware of this site and prohibits downloading commercial versions of Windows XP and Vista only.

Finally, you can install the game you want to play from the virtual machine environment. Taking the path of virtual machines is not the easiest way, but if you absolutely have to play your collection of retro computer games, desperate times call for desperate measures.

If all else fails, you can buy your game back through an online store like Steam or GOG. Luckily for Steam and GOG, there are versions of older games that have been repaired for use on modern operating systems. This means you don’t have to play violins with something higher, and you can go straight to the nostalgic session. Moreover, most older games are very affordable and do not contain DRM.

If you’re having trouble running old games on Windows 10, another option is to run RetroPie on Raspberry Pi to play classic console games from the past! It just works and takes the hassle out of Windows 10.